BlueConic comes preconfigured with a number of roles. The following roles are available out of the box:

At the top of the role access settings, there is a checkbox for PII (Personally Identifiable Information) under "Data visibility." Users that are within roles that have this option checked will have access to view data that is considered PII within profiles, groups, and timeline events. If this option is not checked for a role, those users will only be able to view data that is not considered PII. Learn more about data sensitivity and data visibility in BlueConic. 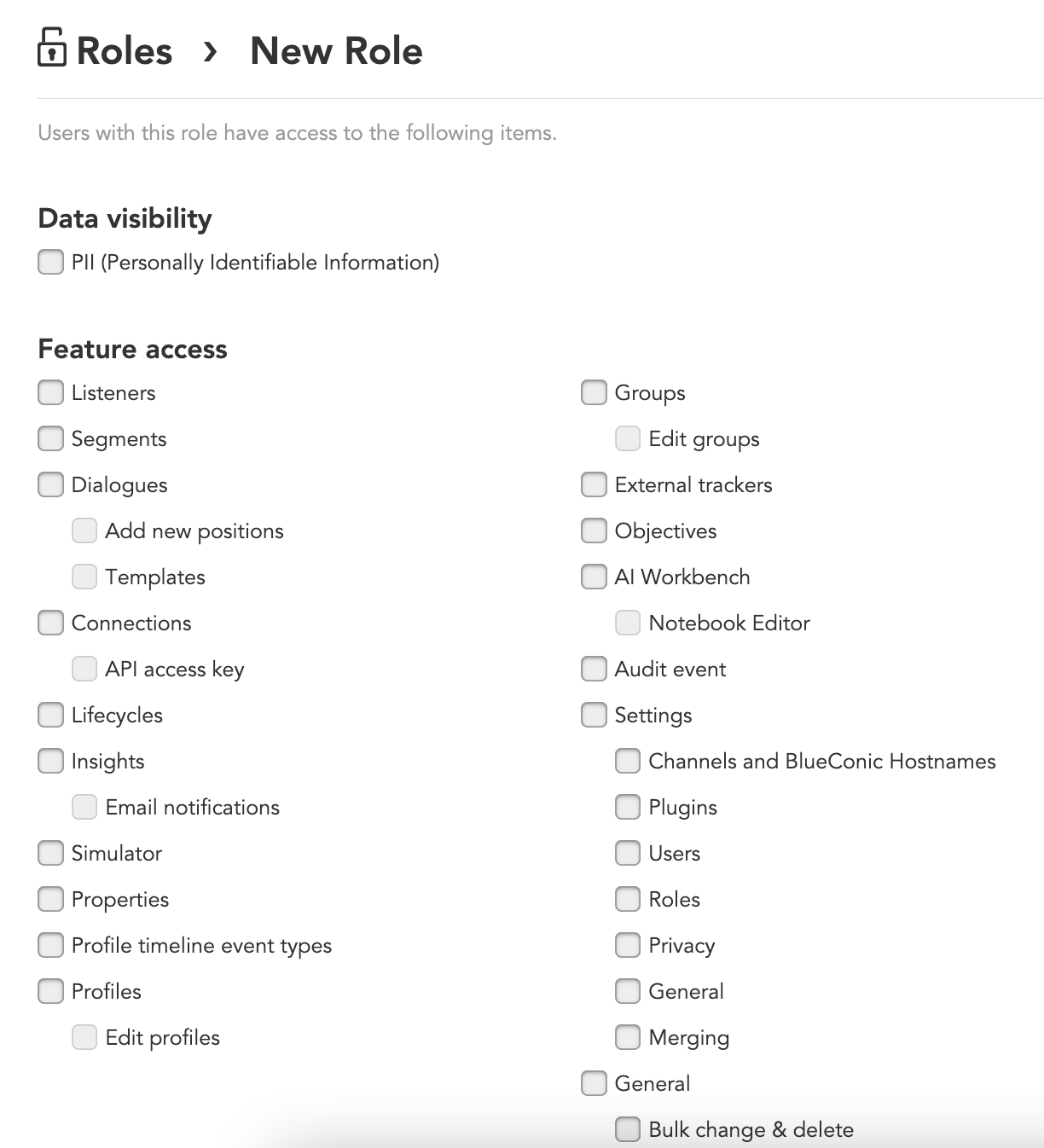 You can modify existing roles, and create new roles as needed by choosing "Roles" from the "BlueConic Settings" (cog wheel) menu. When creating a role, you will have the ability to select and deselect all of that role's permission settings, as pictured below. This will determine what features and capabilities that users within the role will have access to.

An additional role some customers create in BlueConic is the Digital Privacy Officer (DPO). This is the only role allowed to view individual profiles and their PII, and optionally (as a separate permission) to edit the profile. A DPO role can also have powerful privacy capabilities, such as the ability to download or delete a profile.

Another example of a custom role could be a Segmentation Specialist. You may want users within this role to have access to Segments, Insights, and the Simulator. To grant more access to users with this role, select the checkboxes of the desired function.

Each function in the role access list maps to BlueConic menu items. BlueConic users see only the menu items to which access has been granted. For example, to a user in the role above, the menu bar would look like this:

The BlueConic home tab is always accessible, as are the Search feature and the "Notifications," "Help," and "Personal Settings" menu items. Other than that, the main menu only shows the "Profiles," "Insights," and "Simulator" items that the role grants access to.

Users can have multiple roles assigned, which will combine privileges. If one of the assigned roles grants access, the user is allowed access to the function. Roles are assigned to BlueConic users on the Users tab under Settings.